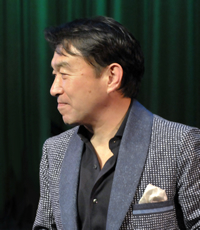 Toru is a graduate of the Japan Maritime Self Defense Force, Pilot Academy.
He was an officer in the Japan Maritime Self Defense Force and a pilot for the Anti-Submarine Tactic Seaplane: PS-1, an aircraft that Japan boasts to the world, and is thoroughly familiar with the seas and skies of Japan.
After a shift in his career, he became a civil pilot. He went on to successfully become the Corporate Pilot, Aviation Manager and Vice President of Aviation of several large companies, one of which has been named one of Fortune's Top 10 Companies.
In 2011, Toru established Contrail Corporation and signed a contract with this company to provide them with Ground Handling Services at Narita airport. Later on, he expanded his company and began offering services at Haneda airport and began servicing other major companies as well.
In 2015, he appointed himself as CEO of Contrail Corporation. Currently, he is working towards improving services for Business Aviation in the two main gateways to Japan, Haneda and Narita Airport.